If you couldn't tell already, this project is the one you're currently browsing through! This site has been in the works for a long time. It took three separate iterations of personal sites, the first two being customized forks of pre-baked HydeJack and vanilla Reacttemplates, until I decided I should burn everything down and build it from scratch. While the Hydejack version has been completely discarded, you can still see the React forked site I originally hacked on- click the image below to check it out: 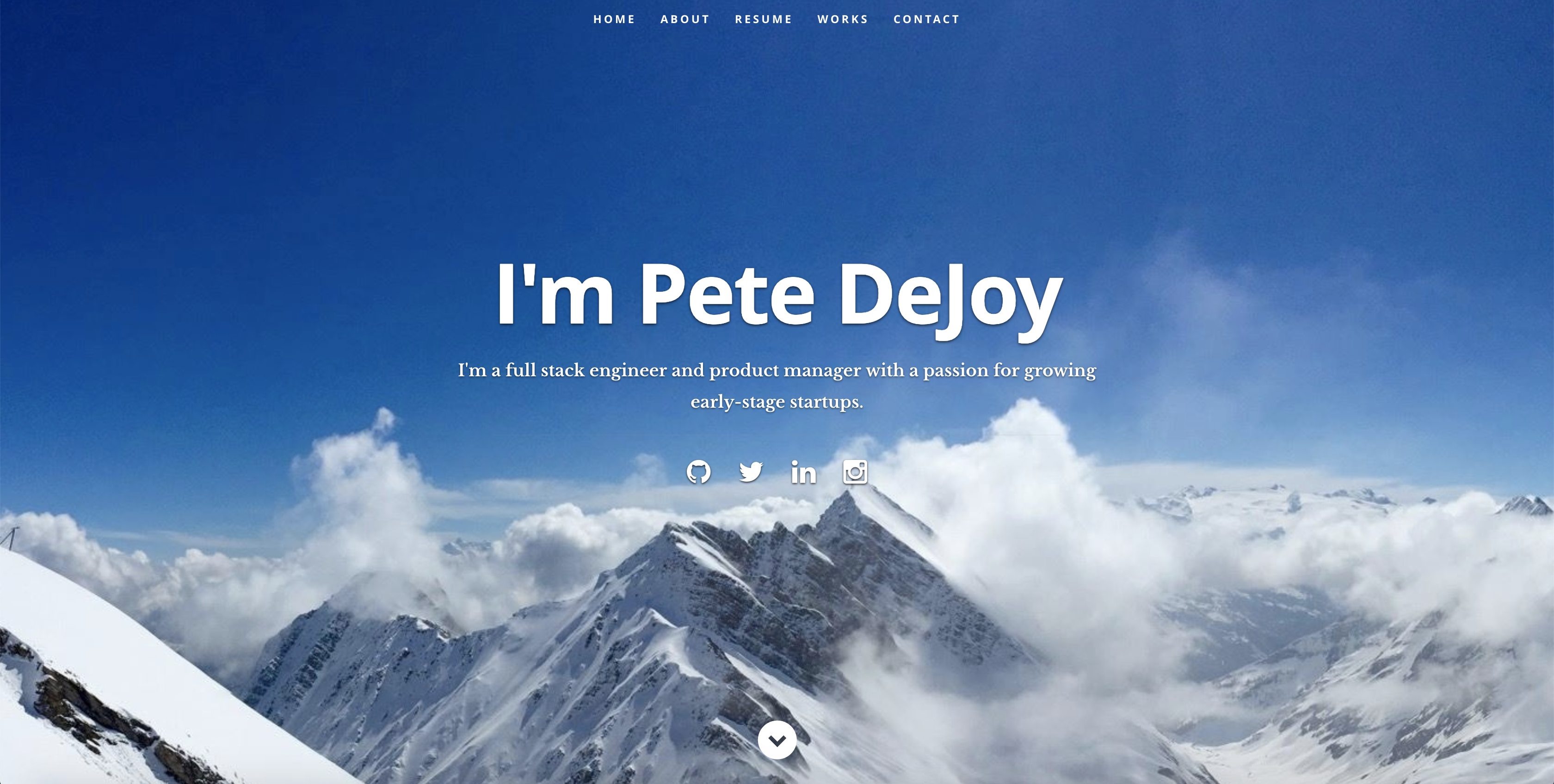 Yeah, I know- it doesn't look bad right? You might even like it's styling more than this new site. There were a few issues with it that were dealbreakers for me, though:

Because of those reasons, I ended up deciding to self-educate and build this project in Gatsby.js, a blazing-fast static site generator that combines the modularity of React with the speed and extensibiltiy of GraphQL.

Gatsby is very cool and setting up how all of this content is managed was pretty seamless, especially since I've done a fair bit of work in React/Apollo/GraphQl/Node. However, styling this site took forever. I had very little experience building up css from scratch, and it quickly became an obsessive battle to learn up on web design, typography, css best practice, and color palettes.

It's a constant work-in-progress and has taken many, many hours of my life, but I'm proud of the way it's come together and look forward to continue tweaking it in the future. I also have plans to "templatize" this thing and open-source it- stay tuned for that!